Catalyst Repertory Theatre is a 501c3 Indianapolis-based, repertory, community theatre troupe. Catalyst has also been a traveling troupe, meaning we do not have our own dedicated space, we partner with local venues and theatres and bring our productions to a variety of local venues. We are currently partnered with the IndyFringe Theatre for our mainstage shows. Traveling has allowed us to be able to pair the right venue to the show; helping us in creating a variety of worlds and installations around Indianapolis. As a repertory troupe, you will see a certain roster of constant players, but this does not mean that Catalyst Repertory is exculsionary. We are always looking for ways to feature new, like-minded creators on our team.
Catalyst focuses on producing new plays or new adaptations of classic plays. We also focus on ‘difficult’ or ‘grittier’ modern works, not often produced in the Midwest. In 2015, we offically opened the ‘doors’ to our first season, at Fountain Square’s Grove Haus, with Artistic Director, Casey Ross’s, original script, The Ripple Effect.  We enjoyed a sold out house, our first opening night and have remained a mainstay Indianapolis company, to this day.
Our founder and Artistic Director, Casey Ross, is veteran Indianapolis playwright, primarily known for her work within the IndyFringe Theatre Festival. She first founded Casey Ross Productions in 2014, after a successful run at the 10th anniversary IndyFringe Festival, but later changed the company name to Catalyst Repertory; to reflect the official addition of artistic partners, Dave Pelsue and Taylor Cox. Our company promises to produce exciting and challenging shows that act as a  catalyst  to conversations. (see what we did there?)

NEW IS WHAT WE DO!

Catalyst Repertory’s name represents our founding trio of creative leadership, who wear the many hats of a staff of many. Our leadership team has been working together, since 2013, to create the Catalyst Repertory brand, of Indianapolis. 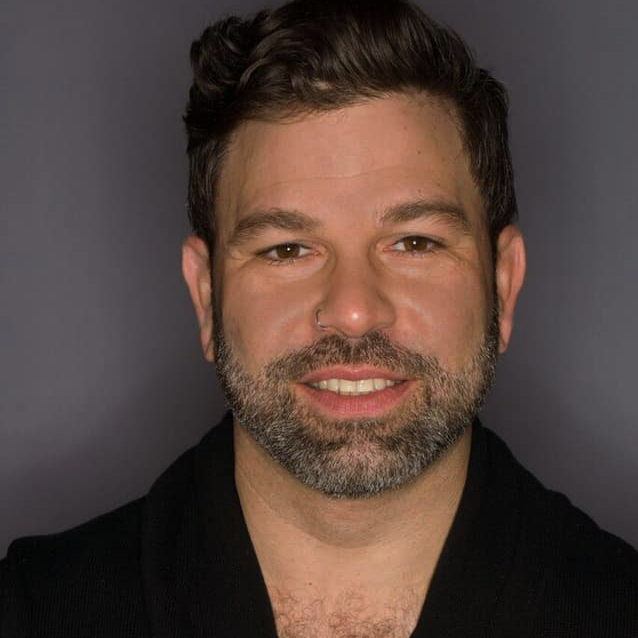 Dave has been with Catalyst since before we were even Catalyst! Joining forces with what would to become our creative team, in 2013, with his first Fringe show appearance in, The Solidarity,  written by Casey Ross and directed by Dane Rogers. Dave has been a leader on the Catalyst team, ever since. An acclaimed actor and celebrated musician, who has been seen on many stages, both theatrical and musical, throughout the country, Dave is also talented wood-worker, painter, and designer; skills that have made him an essential member of our repertory. Dave has had a hand in most of Catalyst’s shows – if he’s not  in  them, he’s usually somewhere behind the scenes; be it building, writing,  designing, musicial directing, or composing. On top of his work with Catalyst, he also works for the renowned Phoenix Theatre, Defiance Comedy, Betty Rage Productions…and more.

In his non-exsistent free time, he performs as the front-man for popular local band, Fareway. If he looks familar, Google him, because he probablly was in that one band you’re thinking of. Some of Dave’s most memorable Catalyst Repertory performances include:  The Pillowman  (Tupolski),  Tooth of Crime  (Hoss), The Tortillo! Trilogy  (Patrick ‘Sombrero’ Plummer),  The Diviners  (C.C. Showers), Canvas / The Gallery Trilogy  (Jackson),  and  Copyright/Safe  (Badger). 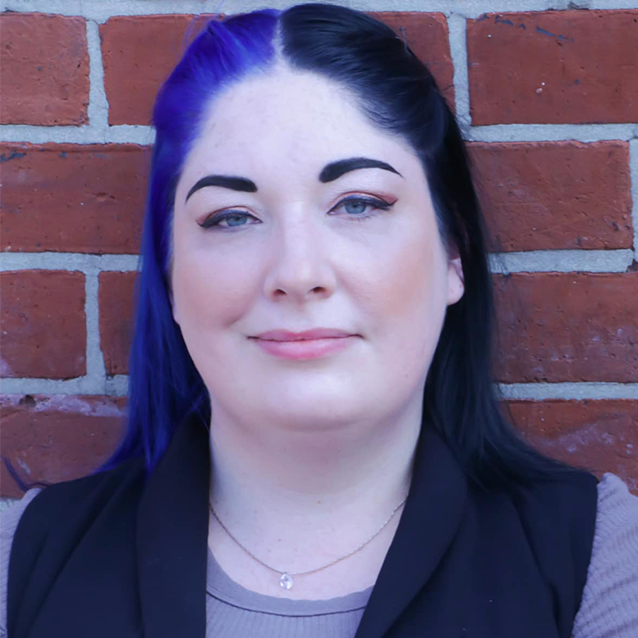 Casey is the founder and Artistic Director of Catalyst Repertory, which technically started as  ‘Casey Ross Productions,’ in 2015. The Catalyst Repertory name change was put in place to reflect the creative team established over, now, decade of making theatre, together.

Casey is a playwright, director, designer, illustrator, and the Artistic Director and founder of Catalyst Repertory. Casey has become known a veteran playwright, through her work with the IndyFringe, amassing a collection of  more than 10 critically-acclaimed original plays. Some of Ross’s most notable Fringe works include her published trilogy of plays,  The Gallery Trilogy,  her love letter to comic books,  Copyright/Safe,  and her bawdy ‘stage-sitcom,’  The Tortillo! Series.  Ross is also an acclaimed director and conceptual designer, in the Indianapolis area, with her celebrated productions of  The Pillowman,  Equus,  Tooth of Crime,  Coriolanus,  Taming of the Shrew,  Timon of Athens,  The Diviners, and more. In 2017, Ross, alongside Co-Artstic Director, Pelsue, won the IndyFringe ‘Best Vetern Producer’ Award, solidifying them amoung the festival’s key players.

Ross’s next major projects will be the conceptual design and direction for Catalyst’s intimate collaborative production of  A Streetcar Named Desire, coming to the stage, this March, as well as, Catalyst’s June revival adaptation of Broadway oddity, Starmites,  both taking place at the IndyFringe Basile Theatre. Ross’s newest play,  Bat in the Wind (or A Recent Study on Depression and Addiction)  will premiere, this year, at the IndyFringe (lottery permitting). 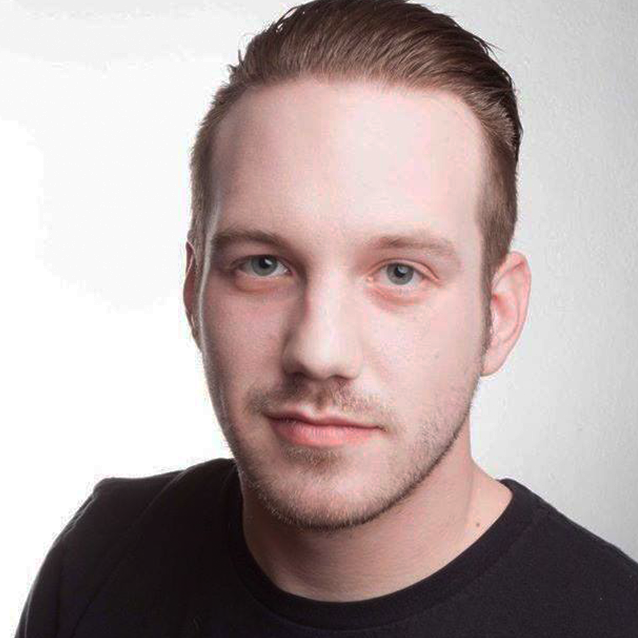 Taylor’s addition to our team in 2014, was…well, the  catalyst  in creating our brand. Before Taylor’s ambition to help us officalize our 501c3 status, we weren’t much more than a pack of pals, who produced some pretty good IndyFringe shows. We were lucky to find this passionate and creative managing director, to add to our ranks.

Taylor is an accomplished local actor and founding member of the Catalyst team. Taylor has worked, not only with Catalyst, but with many other local theatre companies, since bounding into Indy’s theatre scene. Taylor is also a busy restaurant industry manager, lightsaber Form 3 instructor with the Indiana Lightsaber Acadamy, and a political activist, which makes the vastness of his contributions to Catalyst even more impressive. Taylor has been seen at the helm of several of Catalyst’s most celebrated productions, such as: The Pillowman (Katurian),  Copyright/Safe  (The Mask)Equus  (Alan),  Coriolanus  (Coriolanus),  The Seagull  (Treplev),  , and  Portraits / The Gallery Trilogy  (Jackson). Taylor is an incredibly giving artist and moral has taken on many management roles within Catalyst, that truly help to keep the company afloat. Taylor has helped to craft every Catalyst season and has been paramount in defining our brand.

Taylor will return to Catalyst, in the summer of 2023, for the premiere of Casey Ross’s  Bat in the Wind (or A Recent Study on Depression and Addiction)*

Catalyst Repertory’s Director’s in Residence are selected via independant director submissions or selected from within the repertory to collaborate on the work of a repertory member. Our Director’s in Residence have participated in at least 2 other Catalyst Repertory productions. They are artists who’s vision exemplify the Catalyst brand and mission. 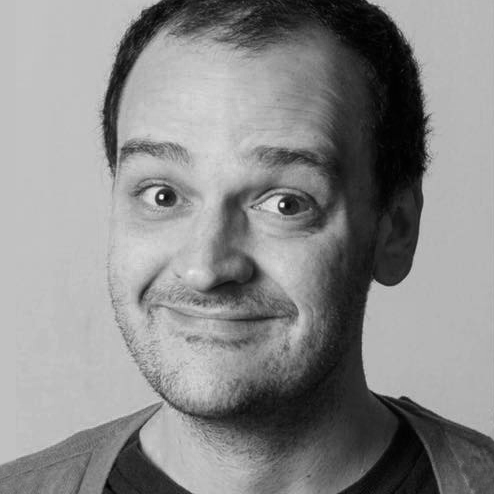 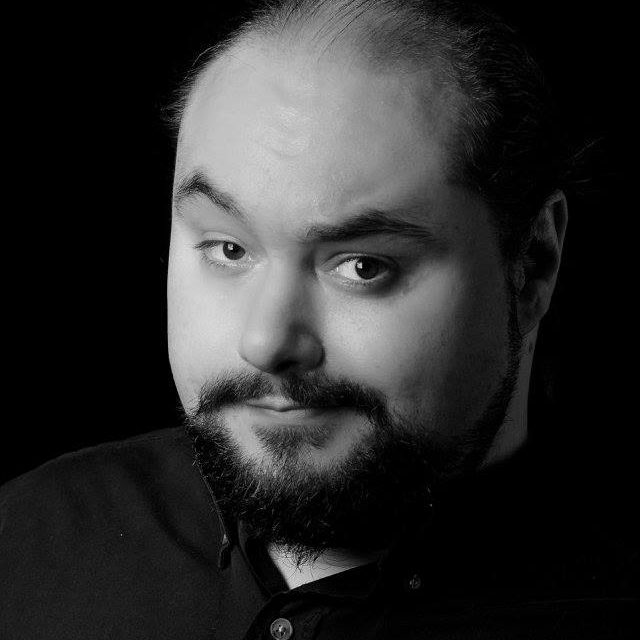 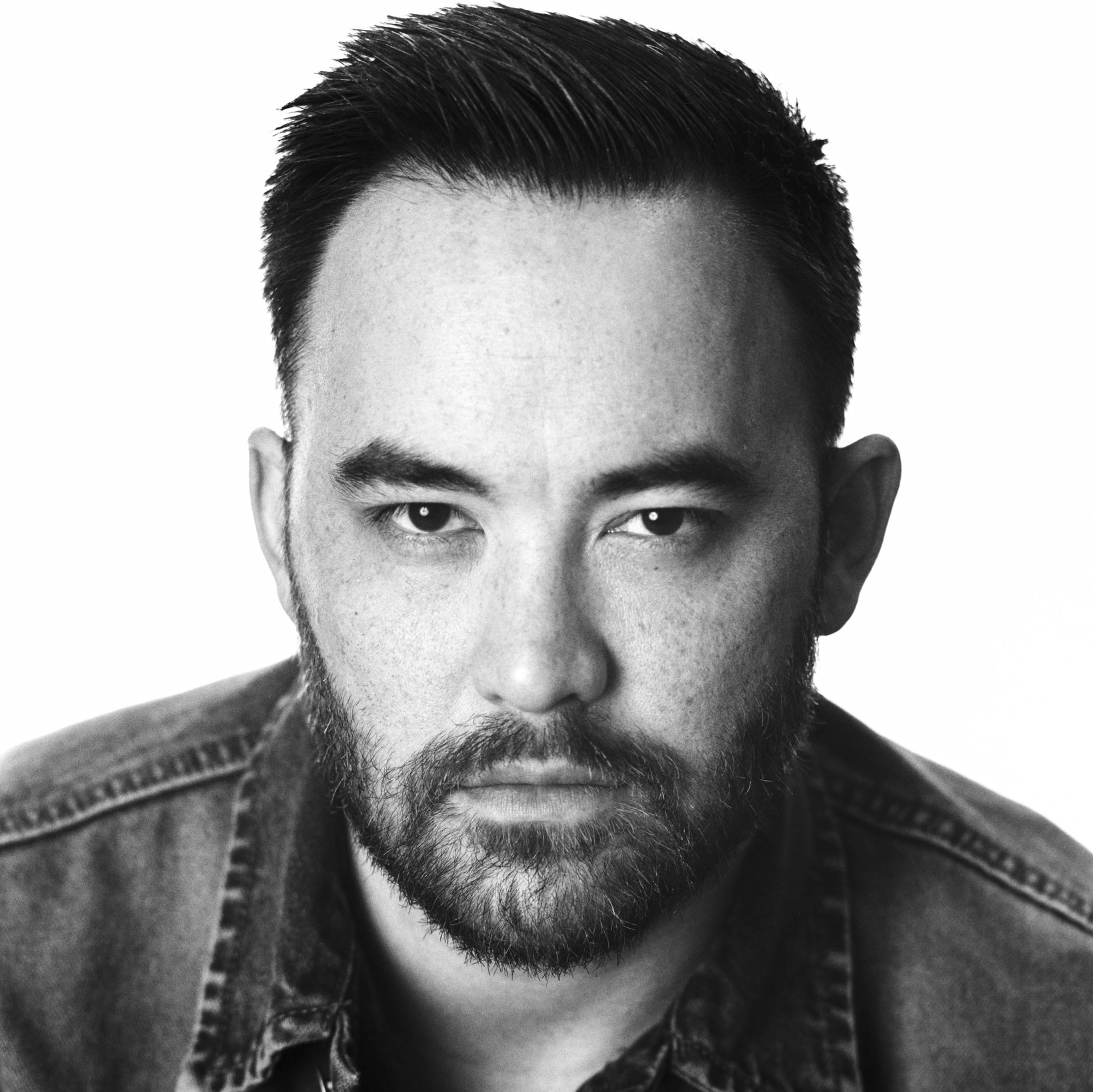 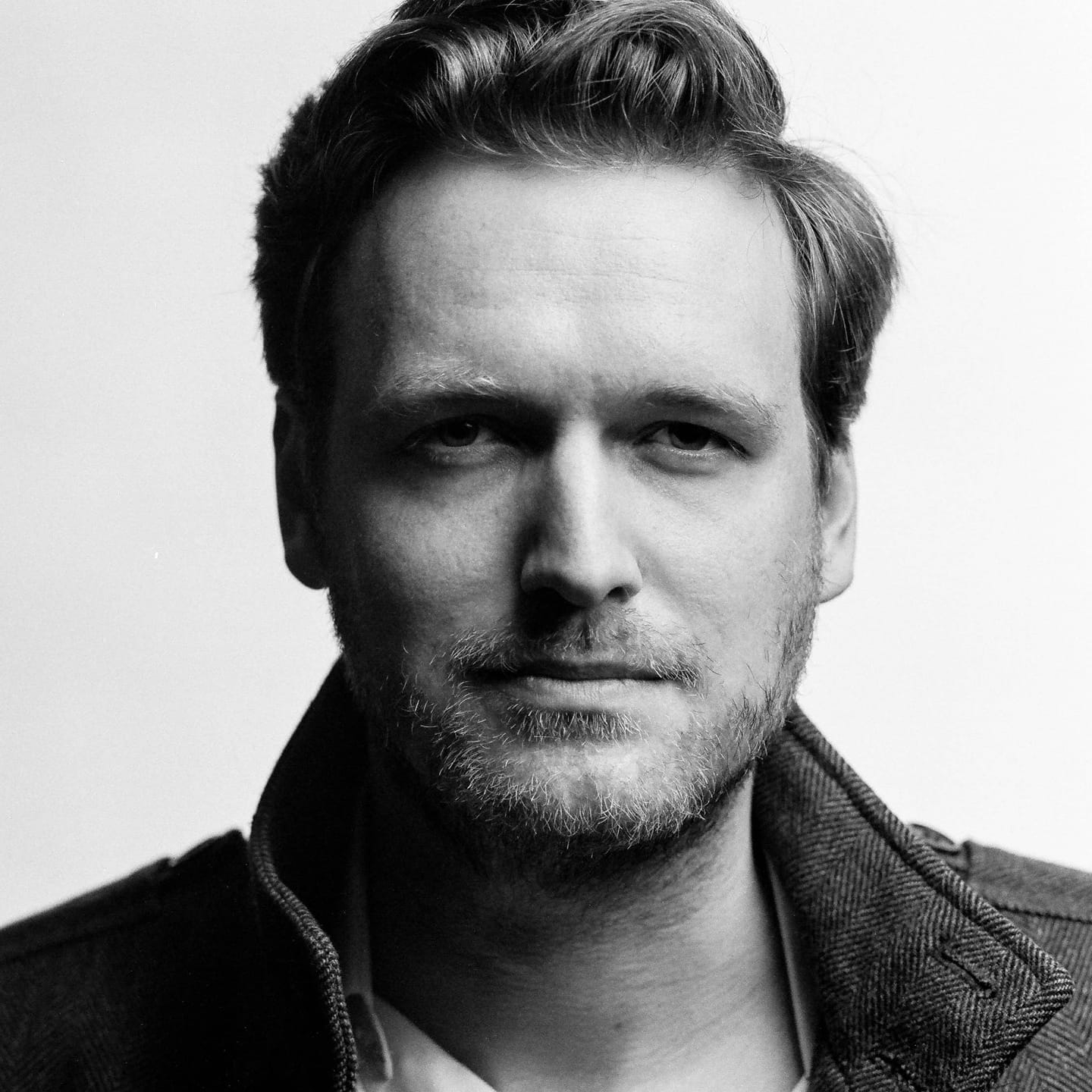 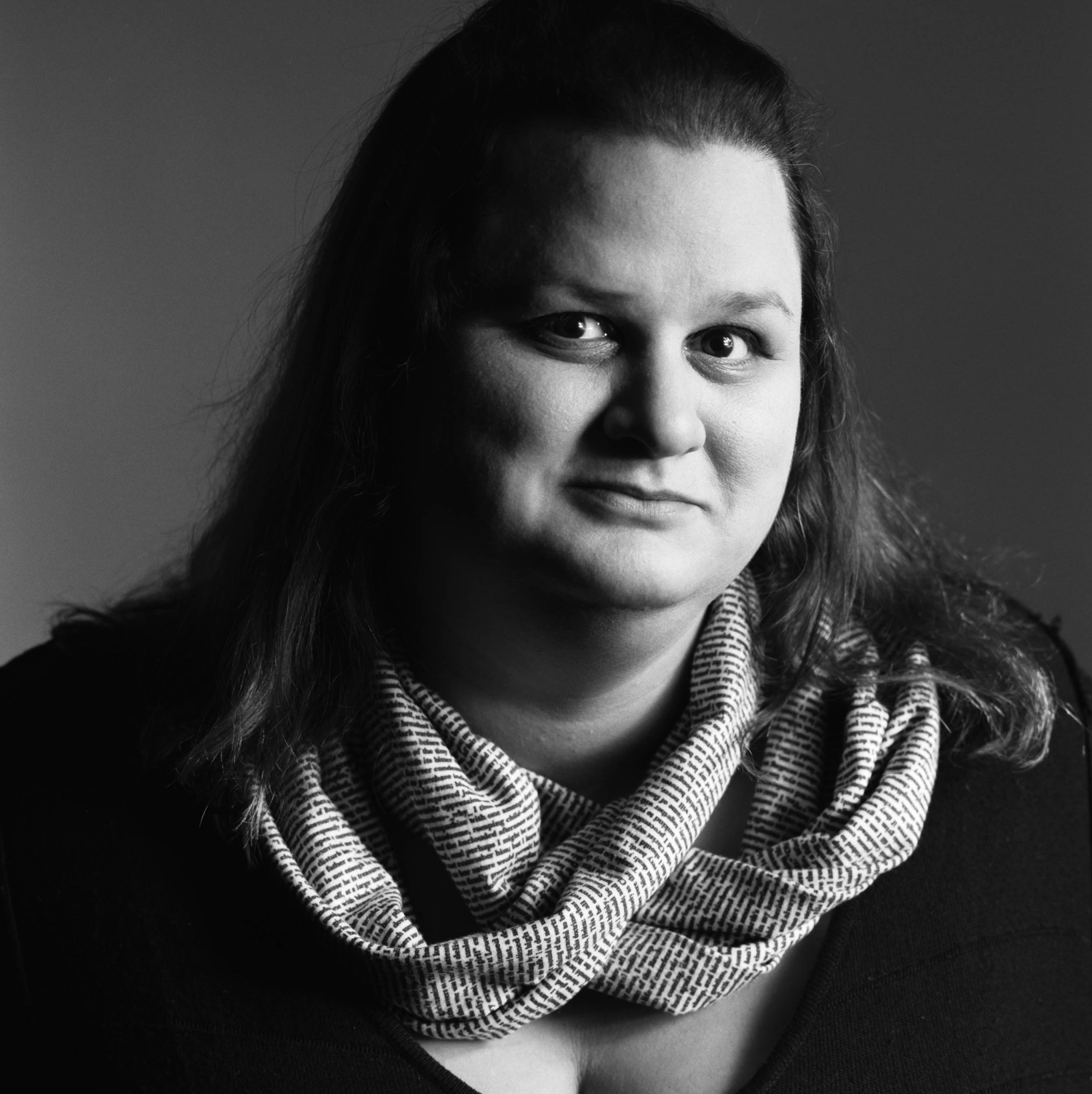 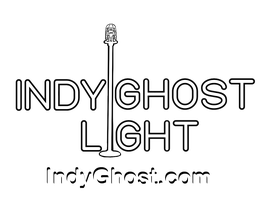 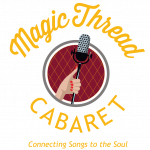