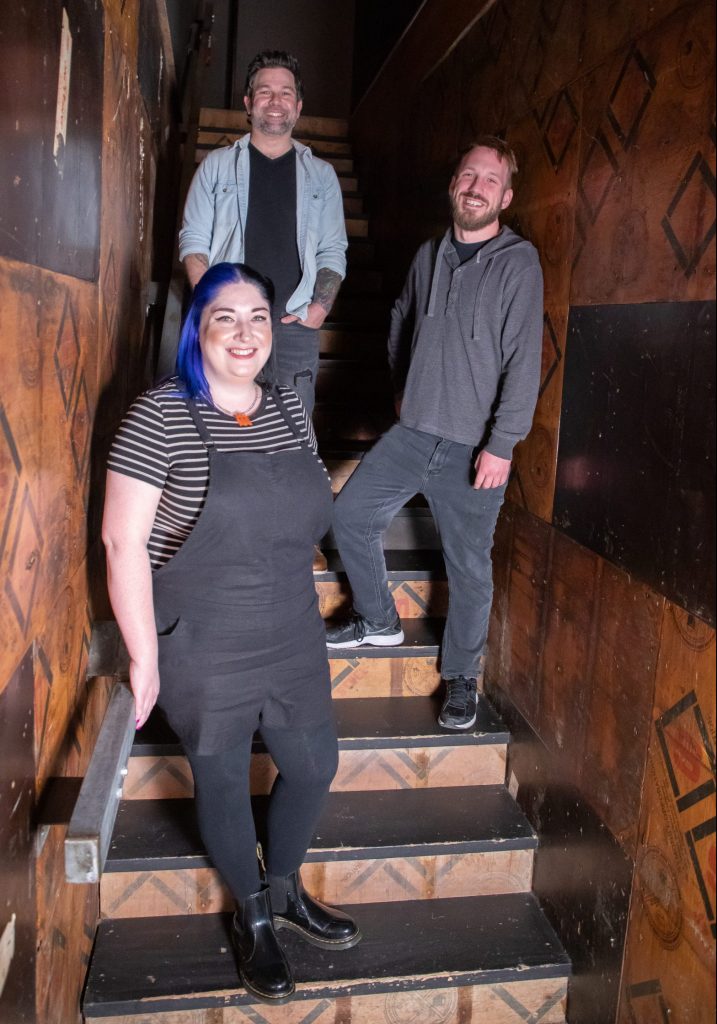 Catalyst Repertory Theatre is a 501c3 Indianapolis-based, repertory, community theatre troupe. Catalyst is also a traveling troupe, meaning we do not have our own dedicated space, we partner with local venues and theatres and bring our productions to a variety of local venues. This has allowed us to be able to pair the right venue to the show; helping us in creating a variety of worlds and installations around Indianapolis. As a repertory troupe, you may see a certain roster of constant players, but this does not mean that Catalyst Repertory is exculsionary. We are always looking for ways to feature new, like-minded creators on our team.
Catalyst focuses on producing new plays or new adaptations of classic plays. We also focus on ‘difficult’ or ‘grittier’ modern works, not often produced in the Midwest. In 2015, we offically opened the ‘doors’ to our first season, at Fountain Square’s Grove Haus, with Artistic Director, Casey Ross’s, original script, The Ripple Effect. We enjoyed a sold out house, our first opening night and have remained a mainstay Indianapolis company to this day.
Our founder and Artistic Director, Casey Ross, is veteran Indianapolis playwright, primarily known for her work within the IndyFringe Theatre Festival. She first founded Casey Ross Productions in 2014, after a successful run at the 10th anniversary IndyFringe Festival, but later changed the company name to Catalyst Repertory; to reflect the official addition of artistic partners, Dave Pelsue and Taylor Cox. Our company promises to produce exciting and challenging shows that act as a catalyst to conversations. (see what we did there?)

New is what we do!